Skip to content
Previous Next
Does Hypnosis Really Work?

With the use of hypnosis on the rise and celebrities having personal hypnotherapists on speed dial, people are wondering; does hypnosis really work?

If you haven’t heard by now Kate Middleton has successfully used hypnosis. Kate used hypnosis to overcome her negative associations with food, and morning sickness. According to New Idea magazine, Kate’s hypnotherapist helped her replace negative thoughts of foods with feelings of craving towards healthy foods. The Mirror states that just like the famed actress Jessica Alba, Kate Middleton used the natural hypnotherapy method of HypnoBirthing. Both woman delivered healthy babies with pain-free labor and without drugs.

Sarah Ferguson, Orlando Bloom and Fergi from the Black Eyed Peas use hypnosis to lose weight fast and overcome food cravings. While Bruce Willis, Tiger Woods and Julia Roberts have all used hypnosis to successfully overcome stuttering and the fear of public speaking.

Science is now proving hypnosis works. Penn State psychology professor William Ray, a contributing author to the work; Hypnosis and conscious states: The cognitive-neuroscience perspective. Oxford: Oxford University Press. states that “hypnotism has been reliably measured since the 1950’s. There has been thousands of medical and psychological journals published on hypnosis since that time. Today in the medical world there is general agreement that hypnosis works. It can be an important part of treatment for conditions like anxiety, depression, phobias, addictions and chronic pain management.” 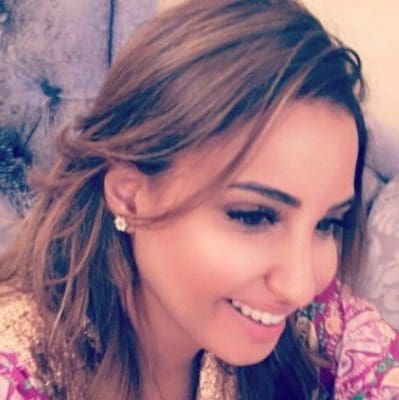 “And it is so effective. If anyone is considering to try it, hands down I’d encourage you to try it with Adrian Rusin. Thank you Adrian brilliant work. I love your dedication, intuition and discernment.” -Asma Al Hamiz

Ray has been researching how hypnosis can help with pain using electroencephalogram (EEG) studies.  EEG is a noninvasive test that records electrical patterns in the brain. Through his studies, he has found hypnosis to work well. He states that “hypnosis can remove the emotional experience of pain and allow the sensory sensation to remain. Therefore, you recognize you were touched but not that it hurt.”

In a 2012 study conducted by NCCAM hypnosis was proven to work for hot flashes in postmenopausal women. The researchers stated that “clinical hypnosis is a promising approach.”  The study showed that the women in the study decreased their hot flashes by 74% using hypnosis. [1]

In report released by NCBI research found that hypnosis works in surgical settings. According to researchers in a 2002 study “Across surgical settings, hypnosis has been demonstrated to effectively control pain and emotional distress, and to improve recovery.” [2]

When it comes to cancer patients researches have reported “positive results including statistically significant reductions in nausea and vomiting.” [2]

Lose Weight and Keep it Off

Going on vacation soon? Need to fit into that bikini or new dress? Research proves that hypnosis for weight loss works!

Hypnosis has been proven effective for women smokers and non-smokers. In a study published by NIH in 1997, researchers conducted a hypnosis-based, weight-loss program. The findings were that “smokers and nonsmokers achieved significant weight losses and decreases in Body Mass index.” [3]

The Journal of Consulting and Clinical Psychology released optimistic findings of a study for weight loss in 1986. Researches compared the results of 60 women who needed to lose weight. The 6o women were split into two groups. Half the women were in a hypnosis weight loss group and the other half were in a non-hypnosis group. The groups being hypnotized lost an average of 17 pounds in 6 months. The group that did not receive hypnosis only lost ½ a pound. [4]

In 1992 a meta-analysis was used to gather the results of 633 studies of smoking cessation. This included 71,806 smokers who had to report if they were able to quit smoking, or not. It was concluded that hypnosis is effective for quitting smoking. Hypnosis was reported to work 2 times greater than self-care methods and nicotine gum. Hypnosis worked 3 times better than doctor intervention where the doctor offered more than counseling. [7]

So there you have it folks. Yes, hypnosis works. It’s been proven scientifically. It has also been proven by the thousands of clients I have worked with throughout my career. It doesn’t really matter what your goal is. If you are ready for change, you can succeed. If you are ready to expand your mind you will become wiser. If you are ready to learn and let go, you will prosper! You were born with a powerful mind. When you learn how to use it fully you can achieve anything!

Find out how hypnotherapy can help you.